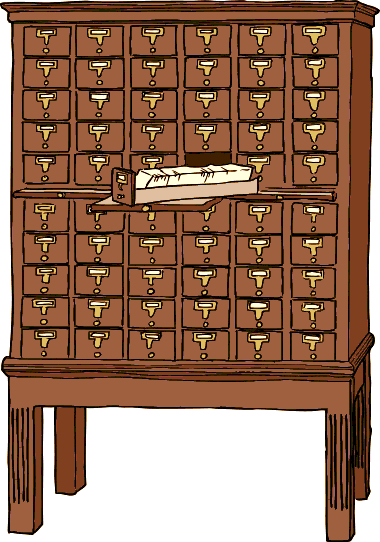 At the beginning of the pandemic I decided to start something called a Zettelkasten. My first note is dated March 6, 2020. That’s just about a week before my employer sent out official notice that everyone would be working from home “until further notice“. As of my last day there, we were still working from home.

The motivation for starting this accessory tool, this “second brain”, was mostly in turning out design documents, specifications, proposals, and such for work. I had already spent some time refining and focusing my styles and templates for the usual sorts of documents programmers write. I was struggling with pulling together and organizing the available information effectively, I believe because the organization had information scattered across team silos within the organization and across different places, even within one team. Just a partial list of places includes

Notably, there was no use of any Google products, as they were considered a direct competitor.

We had the wiki, but no one really spent any time curating it. Some teams put a lot of great documentation in git repositories on the BitBucket server. The search function for the Wiki was only marginally useful, and BitBucket’s search was effectively useless. I could clone a repo and search it locally pretty easily – even git grep is better than the built-in search function of the server – but searching across repos was another story. Quite a lot of good information was only in various channels (there had to be hundreds of them) in the company Slack server. Many discussions that resulted in important decisions were only in Slack. The best I can say about that is that Slack’s search is better than BitBucket offered, and Slack by nature records who was involved and when. There was also email. Although email definitely took a back seat to Slack for day-to-day work, the communications from corporate levels and with vendors and customers lived there. My solution, a Zettelkasten, allowed me to collect together the important information from all the sources and organize it in personal repository in a way that supported my style of work and ways of thinking.

The term “Zettelkasten” is a German word compound of “Zettel,” note or slip of paper, and “Kasten,” meaning box. Zettelkasten is then “box of notes,” also called a slip box or card index in English. It’s not just a collection, though, the power lies in methods of using the box of notes to connect ideas. It’s meant to be what we think with, not an archive to file memories.

C. Wright Mills wrote about a similar way of intellectual production an appendix, titled “On Intellectual Craftsmanship“ in his 1959 book  The Sociological Imagination. Ted Nelson’s 1965 paper “Complex Information Processing: A File Structure for the Complex, the Changing and the Indeterminate“ describes a “file” structure for similar purposes. That paper helped inspire the World Wide Web, and it has some applicability to how to represent a Zettelkasten.

Of course, I don’t have a physical card catalog full of paper index cards, I have a digital Zettelkasten. It’s a bunch of markdown files and some tools I wrote for managing them. In the intervening 14 months I’ve created 329 notes, or just a little under a note per day. Some days I didn’t create any, some days I created a lot, and some days I just worked on the notes I have, updating and refining them. I’ve refined and expanded my tools to address different aspects of my workflow. I’ve changed the format of my notes, added integration with my Zotero library, and tried out a variety of editors.

What do I put in my Zettelkasten? A least a third are about programming, some of it to help with producing documents like presentations, designs, tutorials, and how-to guides for work, some of it just for keeping up with industry developments. There’s some stuff about productivity, including working with the Zettelkasten itself, as well as writing generally, knowledge-work skills, note-taking, and so forth. There’s some about Zen and spirituality, and some on photography.

For my sabbatical, I’m going to work though Cracking the Coding Interview, using my Zettelkasten to record and capture what I learn. I’m also going to continue to record what I do and see for my sabbatical as a whole, and bring insights here.

The process of building and keeping a Zettelkasten indirectly led me to decide to take this sabbatical. Reading about taking notes and writing led to me to looking into techniques for improving my knowledge work, and being led to read about Deep Work, which led me to Will Larson and his series of questions for someone considering switching jobs or taking a sabbatical.

I was able to answer in the affirmative for all those questions. The last question I asked myself is “am I really burnt out enough to make taking time off the best choice for me?”. That was a harder question to answer.

Working through Cracking the Coding Interview will take a while. I’m not sure how long, though. I suspect more than a few weeks, but I’m not setting a firm timeline. I will work on it an hour or so a day, within my usual self-imposed routine, and see how far I get over time. As I progress, the content I add to my Zettelkasten will help me gauge my progress and allow me adjust my rate.

Wild Fox Den participates in the Amazon Services LLC Associates Program, an affiliate advertising program designed to provide a means for sites to earn advertising fees by advertising and linking to Amazon.com. Amazon and the Amazon logo are trademarks of Amazon.com, Inc. or its affiliates. I get commissions for purchases made through links in this post.
%d bloggers like this: